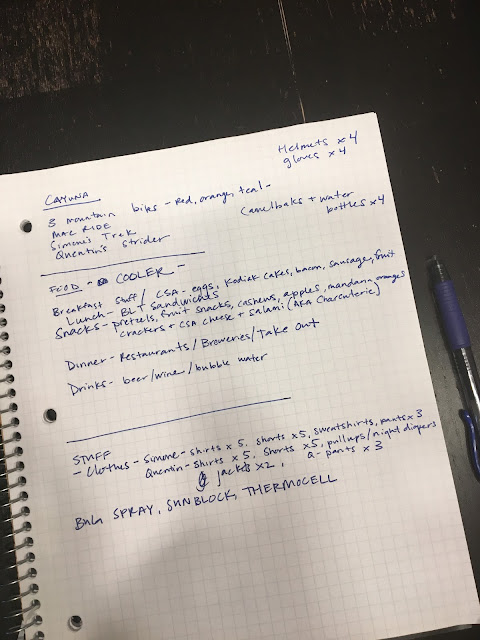 Hello, difficult. I'm a semi-organized person. Packing for a family trip when it comes to bicycles is a bit crazy. This year there's more gear, more stuff, more food, and more people. Because we're going with another family that has 3 children (one baby included). We're bringing food so that means 3 other kids that we need to satisfy when it comes to breakfast/lunch/dinner.

Oy. I'm going to need a padded room after this. Or maybe a pool day.

And bug spray. We're going to need lots and lots of bug spray!

After this trip I know that we can do anything together as a family.

Planning for biking with children can be a huge chore - you have no idea how they're going to react if you go for a long ride. Meltdowns are infinitely worse because somehow someone forgot a beloved toy in the car that they wanted to hold on to (but as a parent you don't want that thing to be lost forever!!). You can run out of snacks, wipes, diapers, water, etc... So basically, whenever you go somewhere with children, you need to be prepared for an apocalypse.

We're staying in a house. Thank goodness. It has a yard for kids to run around in. We're going to bring outdoor toys (like a soccer ball!). I suppose I should dig out some type of lawn game for the adults too.

Our family is bringing 5 bikes - 3 mountain bikes, a youth fat tire, and the Strider for Baby Chewie. We need to get Chewie on a pedal bike but I'm not sure that's going to happen before this weekend. He isn't exactly interested in the pedal bike right now without training wheels, he's much like me where he doesn't want to do something unless he CAN do it. The other family is bringing bikes too.

Everyone needs mountain bike clothes. Water bottles. Camelbaks. Helmets. The Monkey is going to need some padded bike shorts (welcome to the club, child). She has a jersey.

This summer is going to be so much fun!! 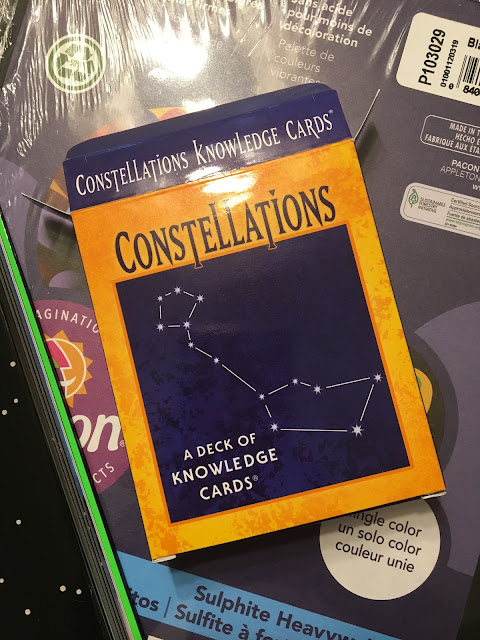 I think this summer The Monkey will be old enough to stay up late and look at stars. I bought a deck of constellation cards along with a Smithsonian book about how to find constellations and where they are in the sky. There's also some awesome free constellation apps too.

We live in the city so stars can be difficult to see from our house but we live close to a park with a very large sledding hill so I think I can take a blanket down there some night later this summer and we can look at stars.

I have no idea how interested she is - sometimes she can be pretty fickle and other times she says she's interested because she knows Bimmer Man or I am interested in something. So we'll see if this summer activity is a hit or if it's a total bomb! 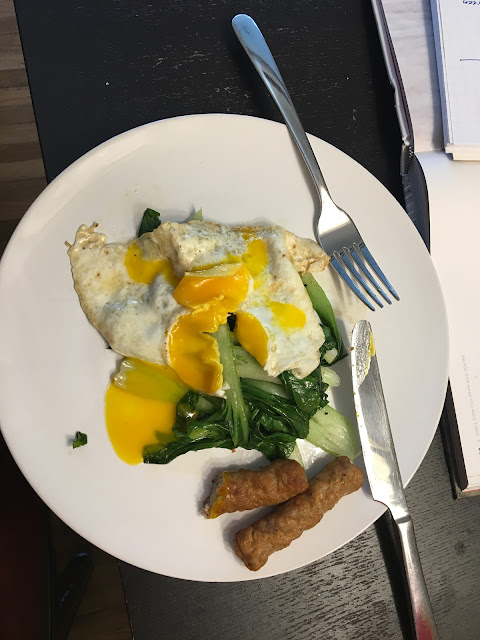 Not much tops a fried egg over bok choy and sausage on the side. 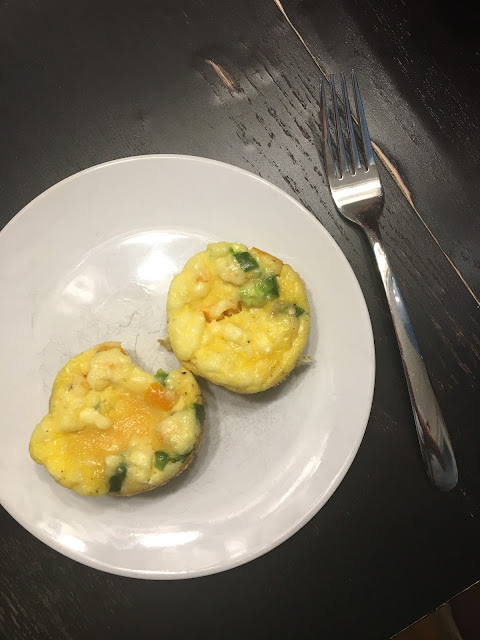 12 eggs
Any add-ins that you want:
Peppers
Jalepenos
Cheese
Meats (sausage is the best, bacon gets gross and chewy)
Greens (spinach and arugula are my faves)
Corn
Black beans

Add your add-ins to the muffin cups.

Bake for 13-20 minutes. You'll need longer if you have added more to your muffin cups.

I keep these in a Ziploc in the fridge and reheat for about 1 minute.

My favorite adds are sausage, peppers, jalepenos, and cheese. YUM!!! 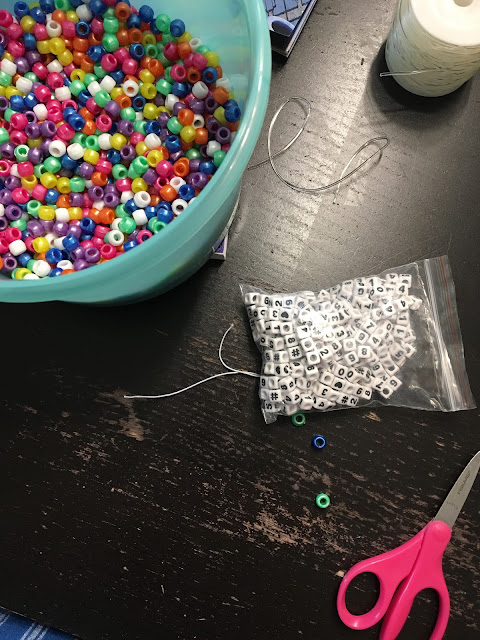 When we go to places with large crowds, I usually write my cell phone number on the kids' arms. In case we get separated on accident, they can find any police officer or parent and call me.

I decided to make this a little more tolerable and fun - so I'll probably still write my number on their arms but I made Baby Chewie his own bracelet so now he matches The Monkey.

School's Out For Summer 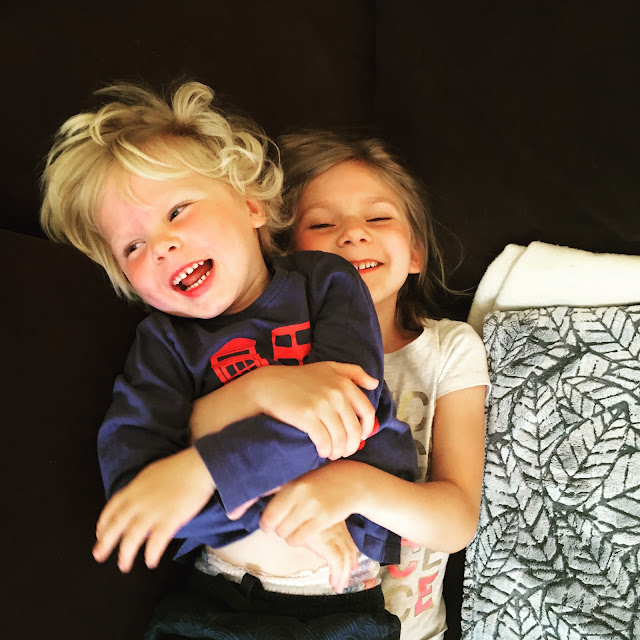 Help me now. Give me strength to keep my composure while these two completely make a disaster of the house, the car, and leave me in the dust.

Oh man, my 7 year old had an experience yesterday that wasn't so great. It was a learning experience but also, she learned that so many boys have different personalities too.

We live on a block with lots of older boys - the family with 3 boys is very competitive, they rarely "let" anyone win and usually have to be first with everything and according to my Male Brain book, this is normal and not all at the same time. This family has 3 competitive boys that totally show their peacock feathers at all times - whereas the two other families on the block that have three children also have girls - those families are similar where there's two girls and one boy. Those boys have the opposite personalities of the all-boy family.

Last night The Monkey was playing Frisbee with the 3-boy family. The youngest is still two years older than her and so it's still a little unevenly matched but still - she WANTED to play. YAY!!! She rarely got the Frisbee and just handed it to one of the boys instead of throwing it. She tried diving for the Frisbee, she tried running for the Frisbee but still, she only got it a few times. The youngest tried to teach her how to throw the Frisbee/catch it maybe twice. Instead of walking away, The Monkey kept at it and kept trying to be included. She rocked at that.

But they totally ditched her.

And she came inside and was so disappointed. She called them jerks. I would have done that too.

So instead of saying, "Oh, man. I'm so sorry" I went the opposite direction.

I told her that the boys next door are so competitive that they're not going to "let" her get the Frisbee. They will absolutely battle it out until they get the damn Frisbee. That means that she has to work harder, stronger, and faster to be better at Frisbee and get the Frisbee before the boys can reach it. I told her that girls can do anything and if she practices, then she'll throw that Frisbee better than they can and that she'll reach that Frisbee before they can.

So then I played her Daft Punk's Harder, Better, Faster, Stronger and told her that this is what we'll listen to all summer - the song rings true for Mountain Biking, Frisbee, and everything else. If you want to be first, you need to work harder than everyone else and you need to practice.

Oy, I just hope I'm setting her up for success when she's an adult. I want her to be strong, not walk away from stuff if she's just learning HOW to do something when she's around experts. 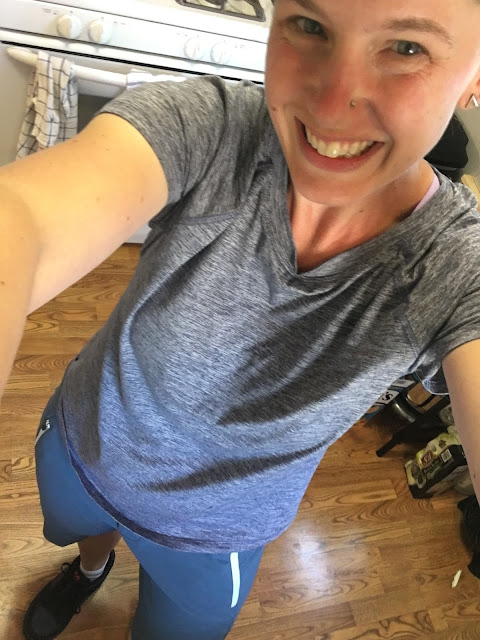 Why I didn't take a picture of myself actually on the trail...I don't know. Maybe because I had too much wine the night before and almost vomited at the top of a really steep hill??? But I made it without vomiting and in the same run I actually got really good air on a bunch of rollers. That was SO MUCH FUN ON MY NEW BIKE. That bitch seriously grips and going around berm turns and over jumps is AMAZING. 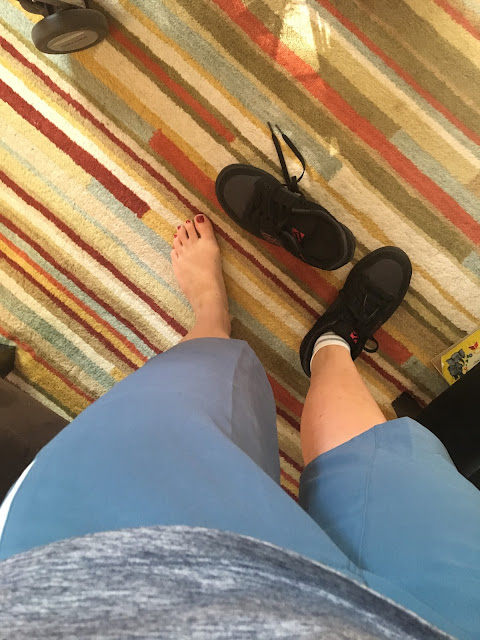 Mountain biking attire is so not flattering but damn, the shorts come with so many pockets these days. And they're nice and long (but you do need to wear gel padding underneath! I haven't found a pair of mountain biking shorts WITH padding yet). My shoes are so grippy and awesome too. EEK. 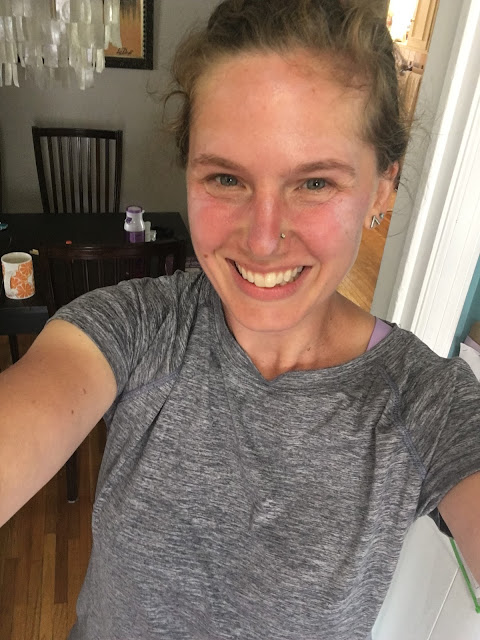