I absolutely need to get rid of more shit. The kids are older, but at the same time, not really. They're done with the play kitchen. Wooden puzzles are out. Pretty sure the Megablocks are done too. I'm happily purging all the toys.

I've been posting stuff on Facebook groups for awhile now but it seems that a lot of other people are doing the same thanks to the new Marie Kondo show (which I have some serious problems with - there's a few episodes where the men blame their wives for the house being dirty. I mean really, they have two working hands and know where the freaking garbage is, they can pick up a dust rag). So next I'm going to haul everything to the ECFE consignment sale this spring. I'm going to sell and purge EVERYTHING. I might even need two car loads. but purging toys with kids is really hard - they find the garbage bags and SUDDENLY WHAT THEY HAVEN'T PLAYED WITH IN YEARS IS THEIR FAVORITE TOY. But it then gets tossed aside in an hour. UGH.

Last week I had a friend go through two large Ikea bags of stuff and I happily gave more than half of it away. I just can't  deal with all the stuff anymore. I feel like this sense of "too much stuff" happens nearing the end of winter, close to spring - it's the time when everyone needs a sense of renewal and lightness. The sunshine helps, but so does getting rid of everything. 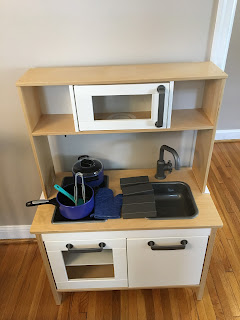 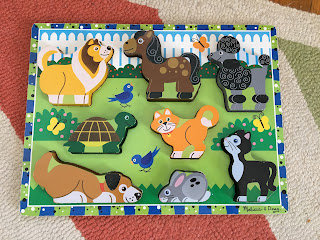 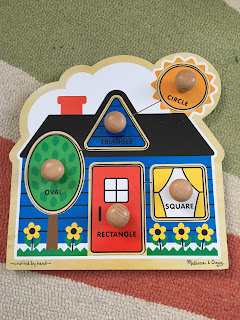 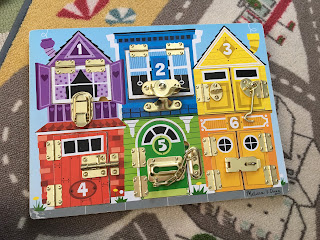 So next I'm off to photograph and list everything that I can during one episode of Daniel Tiger. Wish me luck!

This year is going to be huge in the realm of our backyard.

The kids love to mountain bike.

I hate to mow the lawn.

So our plan is to have dirt delivered and turn the backyard into a pump track.

I'm going to move a garden, possibly take out the little dining patio (or make it larger, I'm not sure what the track is going to look like yet), and then put in gardens in the turns and in the middle of the pump track. 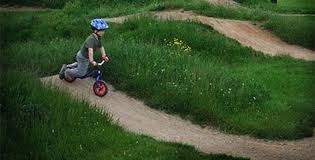 (Photo is not mine, taken from Google images as an example of a pump track)

Other than that hefty goal of getting large equipment into the backyard to build berm turns and rollers, I think my plan is to stick veggies in the flowers, put in a step-out line of bricks at the curb on the boulevard and re-mulch everything that I can to prevent dead flowers and veggies!

I don't have much on my list for flowers - well, that is until there's a plant sale at the local garden center. Then it suddenly seems like I need everything! I'm leaving a lot of things open to change this year because if we do a pump track like we've planned, then I'm going to need to plan out where all the veggies are going and I might possibly need to move some perennials.

At some point I would love to get rid of all the rock that's around this house. I've been dumping what I've been picking up along the back side of the garage - at some point I'm going to have to make a post on Nextdoor or Facebook to take some free rock. Eh, I'm not even sure if people want free rock anymore.

So plants and plans may change, but I'm hoping to get a pump track this year! 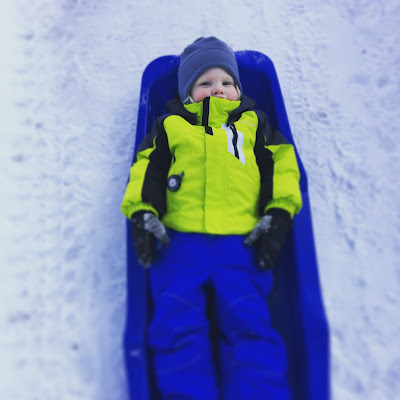 When It Rains It Pours

Maybe it should be, instead of snow flurries, we get blizzards.

So much has happened in the past few weeks. Good, bad, ugly, worse.

Chewie gets violently ill when he eats shellfish (crustacean AND mollusk). He also randomly pukes and gets fevers.

The original laundry tub fell apart and needed to be replaced along with some pipes and a drain needed to be snaked. As our cleaning person pointed out - she said now we won't have that cement sediment going down the drains from the laundry tub falling apart which should hopefully mean we won't need it snaked again for a really long time.

Because of 40+ inches of snow, the air vents were covered on our roof and they started leaking so we've been clearing snow/ice from our roof for weeks now. YAY FOR REPAIRING AND REPAINTING PLASTER.

The dishwasher was leaking (all the way into the basement!), which thankfully was a super easy fix - the seal needed to be replaced.

I need a new pair of glasses.

The battery died in the Honda.

My phone needs to be replaced.

So I've been a little crabby lately. I haven't been my best self. I HAVE been taking my prescribed 20,000iu of Vitamin D plus extra. But that somehow hasn't been helping. Mostly I think I just need to NOT shovel snow for a week. HA! Or roof rake (I've been shoveling AND roof raking neighbor's houses too for the past few weeks!). I think I need a day of 40 degrees and sunshine.

I've been working out almost daily thanks to Beachbody On Demand (no, I'm not going to sell you crap), so hopefully biking long distances this summer will be better, more fun, and not as painful as last year. My quads and ass are killing me two days later and later today is core day. So yay for painful abs two days from now.

The Monkey's old preschool closed so I had to scramble to find a new preschool for Chewie - by the way, preschools are SO FREAKING COMPETITIVE. It's seriously like college applications for babies. I was afraid we wouldn't get into the next preschool closest to our house and I would have to start the search all over again. Chewie is starting in the fall but all applications are generally due by February 1. And most kids arent' ready for school yet which means it's even harder to predict your child's personality to pick a school. This is ridiculous because you should just be able to go to the nearest neighborhood preschool but there's really no neighborhood preschools. UGH. It's a challenge and I'm hopeful that I found the right school for Chewie. So YAY for 2.5 hours per day to myself 3 days per week (aka my cleaning and riding time!).

And one of my best mom friends is moving to Colorado - since we visit Colorado every year, I will still get to see her but it's still sad.