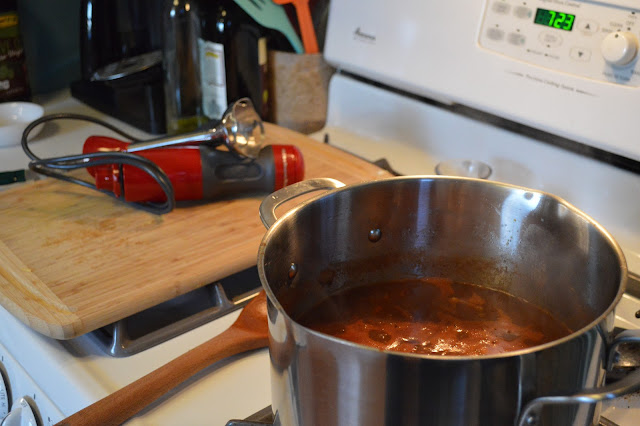 2 tbsp veggie, grapeseed, or olive oil
1 onion, chopped
2 carrots, chopped into half moons
2 small jalepenos or 1 large jalepeno, enough for a little kick but not nose-dripping heat
2 small spoonfuls of minced garlic (or like 4 cloves)
2 1/2 tsp each of cumin, oregano, chili powder
1 can of diced tomatoes (I like fire roasted tomatoes in this, Chewie also approves)
1 small can of tomato paste
4 cups of veggie broth (1 whole box)
1 cup water
6-8 corn tortillas cut into 1 inch squares
Bunch of cilantro if you don't think it tastes like soap
Juice of 2 limes or 2 tbsp lime juice
Thug Kitchen calls for chickpeas for topping, but I've never done that :::shrug:::

Heat a stockpot over medium high heat. Toss in the onions, carrots, and jalepenos. Saute for 5 minutes or until soft.

Add in the garlic. Cook for another minute or two.

Add in the spices. Stir it all around until it smells amazing and all the spices have touched the heat.

Add in both types of tomatoes. Make sure the tomato paste is a bit melted and stirable.

Add the broth and the water. If you have 5 cups of broth, do that instead. The Thug Kitchen recipe calls for 5 cups of broth but there's only 4 cups in a box of broth. WTF...

Stir everything together until it's all combined. Simmer for 10-15 minutes. Basically enough time to unload/load a dishwasher, rinse out the recycling cans, set the table, etc...

Add in the tortillas. Simmer for another 5 minutes.

At this point, if you like cilantro, add in a handful of cilantro so it can be blended into the soup. Or you can chop and top as a topping instead.

Using your immersion blender, blend until smooth. Alternatively, you can blend the soup in batches in a regular blender (but cover the hole in the lid with a towel to let steam escape).

Add in the lime juice. 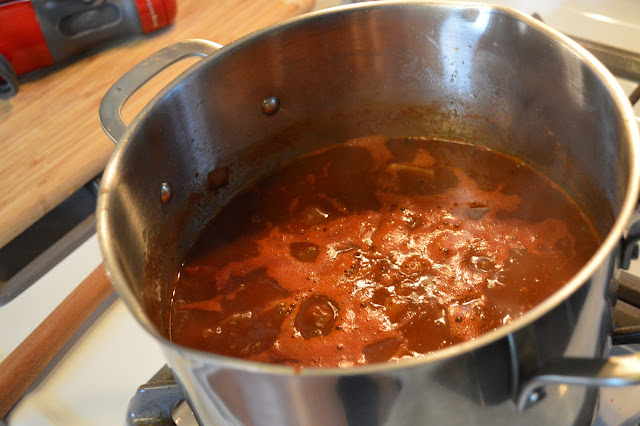 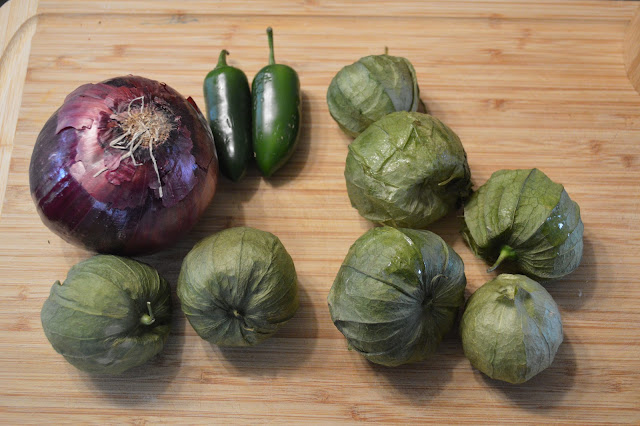 I thought that the Salsa Verde Chicken soup recipe would be a great easy recipe to try, expecially during Spring Break when I have some extra time to cook. I mean, the children are still wild animal beasts but whatevs...

I thought it was bland too. The two jalepenos in the Salsa Verde did not do the soup justice, it was VERY kid-friendly except for the whole no veggie part. I did have to dig the chicken out for Chewie because he couldn't scoop it out with his spoon which meant that he ate his soup on a plate and I needed to serve cut veggies with hummus for a side dish to make up for the lack of veggies in the soup.

I did make another recipe - Quinoa Con Pollo which was EXCELLENT. I have the book for another two weeks, so I'm definitely going to try a few more recipes from Bobby Flay Fit.
Posted by Patty at 4/03/2018 09:01:00 AM No comments: 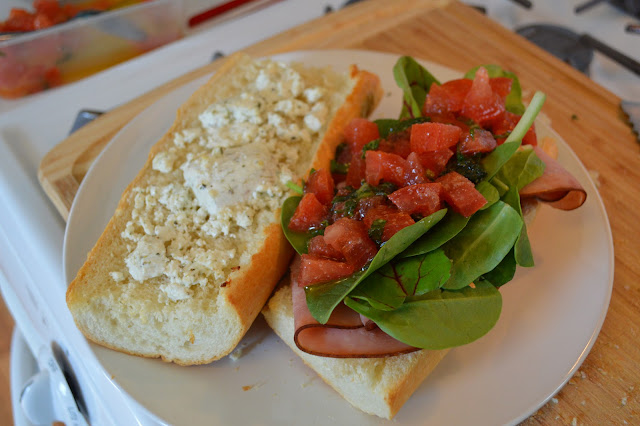 Just add leftover bruschetta to your sandwich instead of mayo or mustard.