It's a Baby in a Bush 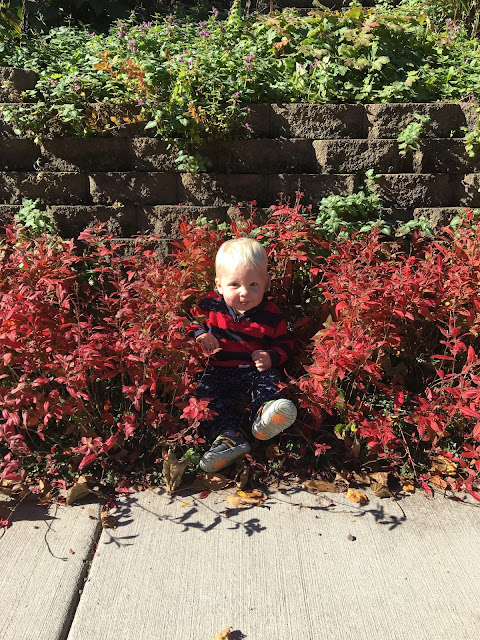 This Is Why We Can't Have Nice Things 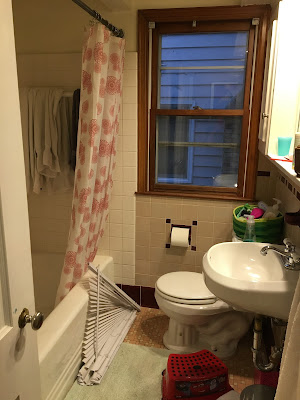 So this actually happened a few months ago. But it's so fucking ridiculous that I have to share.

The Monkey was in the bathroom for a VERY LONG TIME.

And this is the reason. I have no idea how on Earth she pulled down the blinds. Kids do weird shit all the time. Really, they do!

Because these blinds suck I went ahead and called a company to give me a quote for cordless blinds because I don't want my children hanging themselves on blinds. It happens. It's a real thing with kids - parents are literally on suicide watch for every moment that their child is awake until the children can make common sense decisions for themselves. I don't actually know when the worry ends, I don't think it does.

Back to cordless blinds.

I just about SHAT MYSELF when I got the quote.

Bimmer Man said no. I still waver back and forth between calling other places too but I'm pretty sure the company that I called is the cheapest in the Twin Cities.

Maybe I'll just wait for them to crash down on Bimmer when he's on the pot. Because those windows on the neighbor's house...those are their living room windows.

A friend on Facebook, well, actually, we're friends IRL, (also neighbors) posted a link to this article on Facebook. It describes the friendships that Minnesotans have with each other and with newcomers.

It hit the nail on the head dead on.

I'm not a transplant, I am a native however, Bimmer Man and I moved away for three years and then moved back. In that time frame I became an outsider to my college friends. I wasn't invited to Christmas parties or shopping or coffee or lunches or dinners or much else unless it was a large scale party.

But hold on - before you think I'm blaming them for my "outsider-ness" let me go on. I'm the type of person that gets wrapped up in my life - I'd rather be immersing myself in a book (I just started The Bear and the Nightingale by Katherine Arden and I think it's AMAZING! It's also a trilogy, yay!), or riding my bike or exercising or walking or cleaning. Or I'm just freaking lazy and want to watch tv. Those things don't really include friends unless I choose to ask someone to do them with me. And I value my alone time. It recharges me for being me. And I can be a terrible friend. I'm socially awkward, I can say the wrong things, I ask too many personal questions, I really have no idea how to have an adult conversation without being awkward. I am who I am and that won't change.

Another part of it is that in Minnesota most people are friends with their family, or their childhood friends, there's not much want for a change in the social circle of a Minnesotan. Once a Minnesotan has a circle of friends, they don't want to let new people in as a close friend - acquaintance: yes - but not a close friend. That holds seriously true. It also holds true for when someone leaves - that new open spot is either filled by someone new (most likely a cousin or childhood friend) OR the circle just closes.

So see? I don't blame them at all for my becoming an outsider. That's just what happens in Minnesota.

Since moving away and now being back for several years, I've realized that I have had to "date" friends again to see if we get along. It's been interesting and crazy and fun to catch up with people I haven't seen in years. It also makes me realize that I'm totally socially awkward. I realized that I had to put myself out there and contact people, which inevitably ended up in a lot of self-reflection.

(To the point of self-reflection - I met up with my old best friend from high school, which somehow we ended up fighting in high school over something, I apologized and now we're friends again - when we talk it's like we've seen each other daily, she's amazing! She has now moved to northern Minnesota and so I don't get to see her but I think of her daily. If only she were my next door neighbor again, I'd love it.) And this whole paragraph totally shows how awkward I am. I share details that most people don't need to know? Or maybe need to know to understand my point since I ramble? I'm not sure! HA!

I could do a whole other post on "MOM DATING" too. Because dating other moms is sort of fucked up because you not only need your kids to get along but you have to get along with the other mom and realize that if you go a week without texting, it's ok! Sometimes people are only in your life for a short time, like during ECFE classes or through preschool and then you don't see them again. And you have to be ok with that too. There were lots of moms that I enjoyed in ECFE and preschool and I don't see them anymore - since the little ones have grown up, we're now doing different activities, at different schools, and there's new moms to meet. Luckily, I have found my fellow mom. She's awesome. And not from Minnesota!

In any case, after reading the article and talking to my fellow neighbor friend, I reflected on the fact that making friends as an adult is really hard. It's not like school growing up where you're thrown together with a bunch of kids and everyone is "your friend." You have to date; you have to do a lot of self-reflection; you have to realize that not everyone wants to be friends - some people only want to be acquaintances AND you have to be ok with that; you have to know what you want out of friendships; then you have to go out and find that person(s).

And hopefully be accepted into THEIR friend circle.

I love that word.

It looks so odd - like when you look at a word for too long and it just looks wrong. That's how I feel about awry. Like this week. My plans have gone awry.

Chewie has a cold. With a new ECFE class that started last week I watched three little kids come in with snotty noses and knew immediately that we would be coming home with whatever germs those three had. So double colds it is. The Monkey is the only one to avoid it so far and I'm pretty sure that's because she's gone all day at school and doesn't have the opportunity for Chewie to bath her in snot. YUCK.

So my house is a mess - this week I was supposed to clean the kitchen (I've been following the Fly Lady routine since September, October-ish and we have a clean house! OMG! I've decluttered and organized, it's been amazing, maybe I should do some blog posts about that). The only thing I've done is cleaned the stovetop. :::SHRUG::: It's not like I want to deep clean the fridge when I have a cold.

I tried to meal plan and came up with nothing.

Yesterday it was BBQ Chicken sandwiches for dinner. Today's lunch is leftovers and if I feel up to it I'll throw stuff in the bread maker for pizza dough to make some individual BBQ chicken pizzas tonight. The Monkey won't put cheese on hers. I find that strange - but kids are weird so I shouldn't be surprised. HA!

Thursday: I have Italian sausage in the freezer, along with peppers and onions over risotto.

Colds really get me because nothing actually seems good.

Yesterday I picked up a cookbook by Real Simple, the magazine called Dinner Made Simple.

It's organized a bit strangely though - by main ingredient, not by protein or which part of the meal. I've tried recipes by Real Simple before and they are so easy and fast plus I usually have most of the ingredients on hand. I'm going to aim to try a couple over the weekend and a few next week. We shall see!
Posted by Patty at 2/07/2018 09:59:00 AM No comments:

All doorbells are from Wayfair. Every once in awhile I get obsessed with our doorbell. The sound is original and it definitely "BUZZES" and chimes. It has a seriously terrifying sound if you're in the kitchen under the buzzer. However, the button to press is super boring and doesn't fit our lovely old house. I want to update it at some point, maybe this summer. I can't quite decide how crazy or not-so-crazy I want to go with it. I keep finding bells that I love! 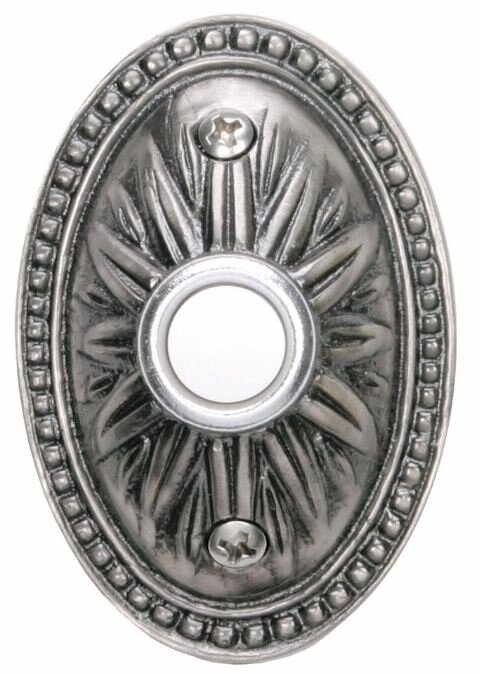 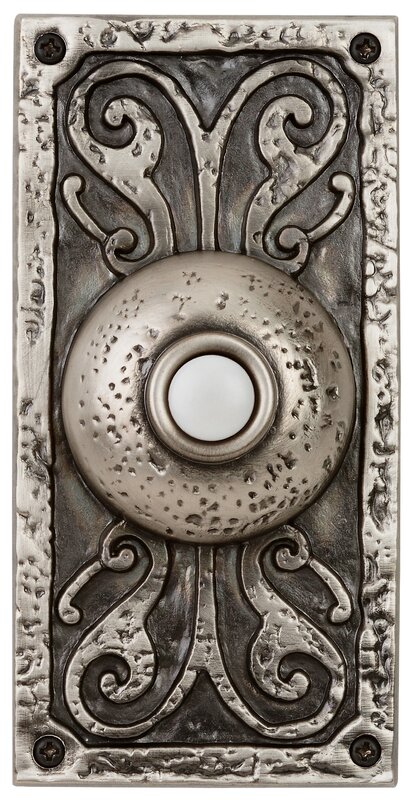 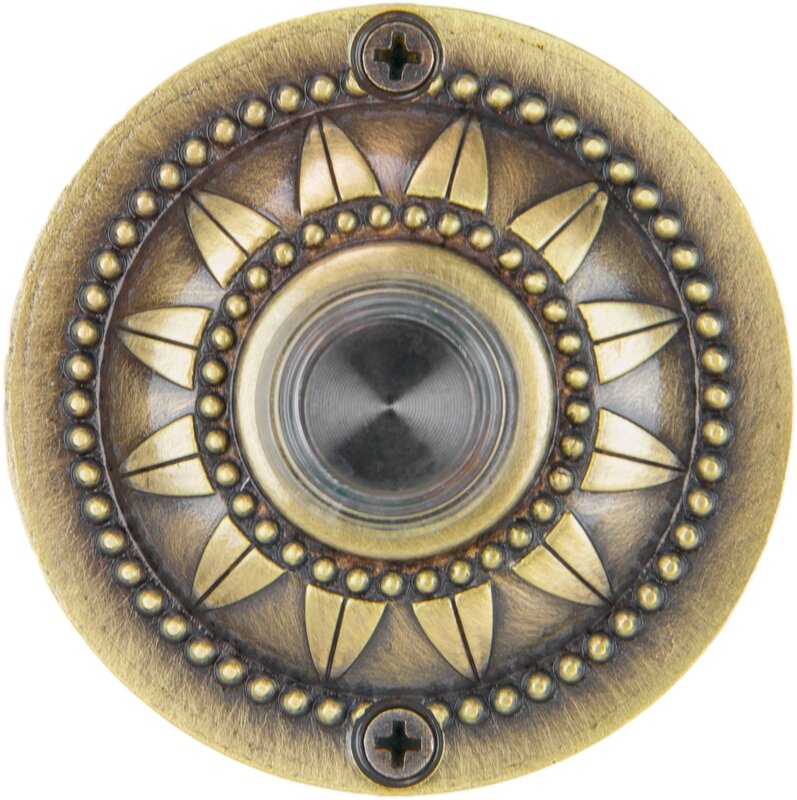