To do:
Vacuum under the couch
Baseboards
Bring Rusty to the groomer
Dry clean winter clothes
Declutter for garage sale in May
Pick up dog poop
Clean both fridges & freezers
Vacuum stairs
Store outgrown kid clothes
Vacuum under the bed
Swap seasonal clothes
Windows
Rake yards
Blech. Spring cleaning.
Posted by Patty at 4/16/2014 11:02:00 AM No comments: 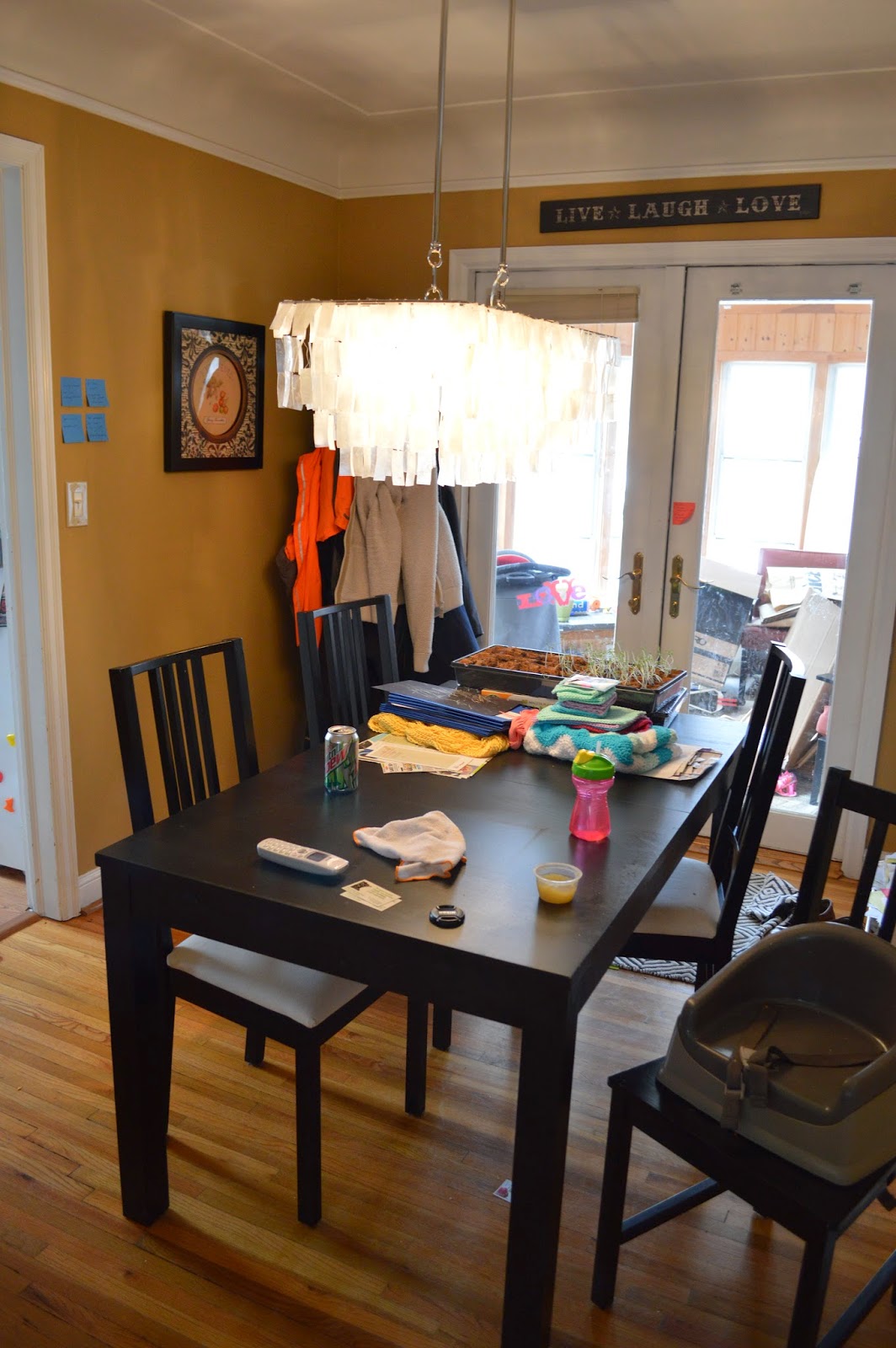 It happened. We bought the Capiz Chandelier from West Elm. It's so much fun. At first I thought it might be hung a little bit low but now after living with it for a few weeks, it's perfect. 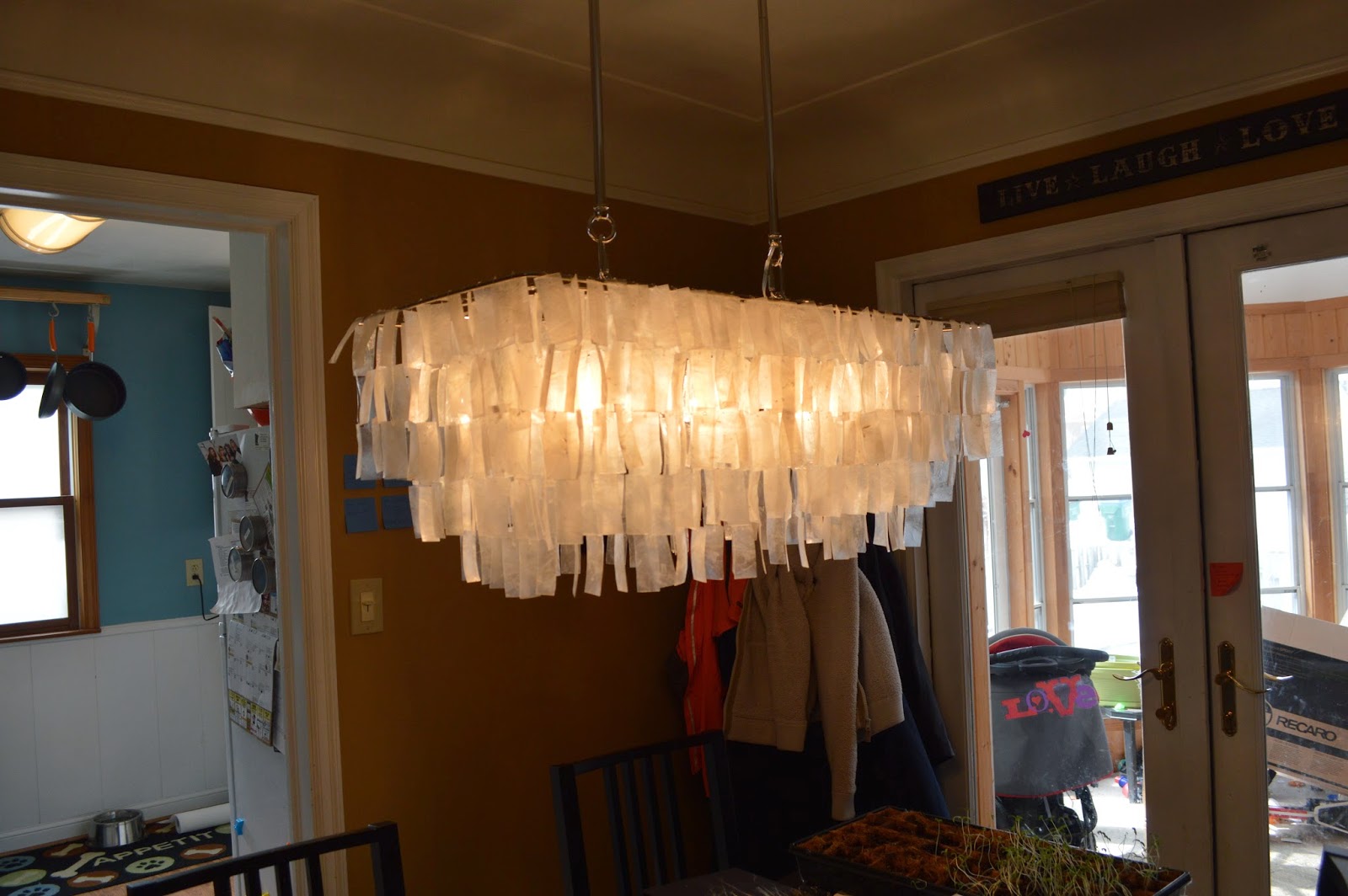 Each shell had to be unwrapped individually and I was up late doing that. Bimmer Man was working on his bike. I wouldn't let him touch them for fear that he would break a shell. And I really do mean up late (at least 11:15, which is definitely too late for me!). 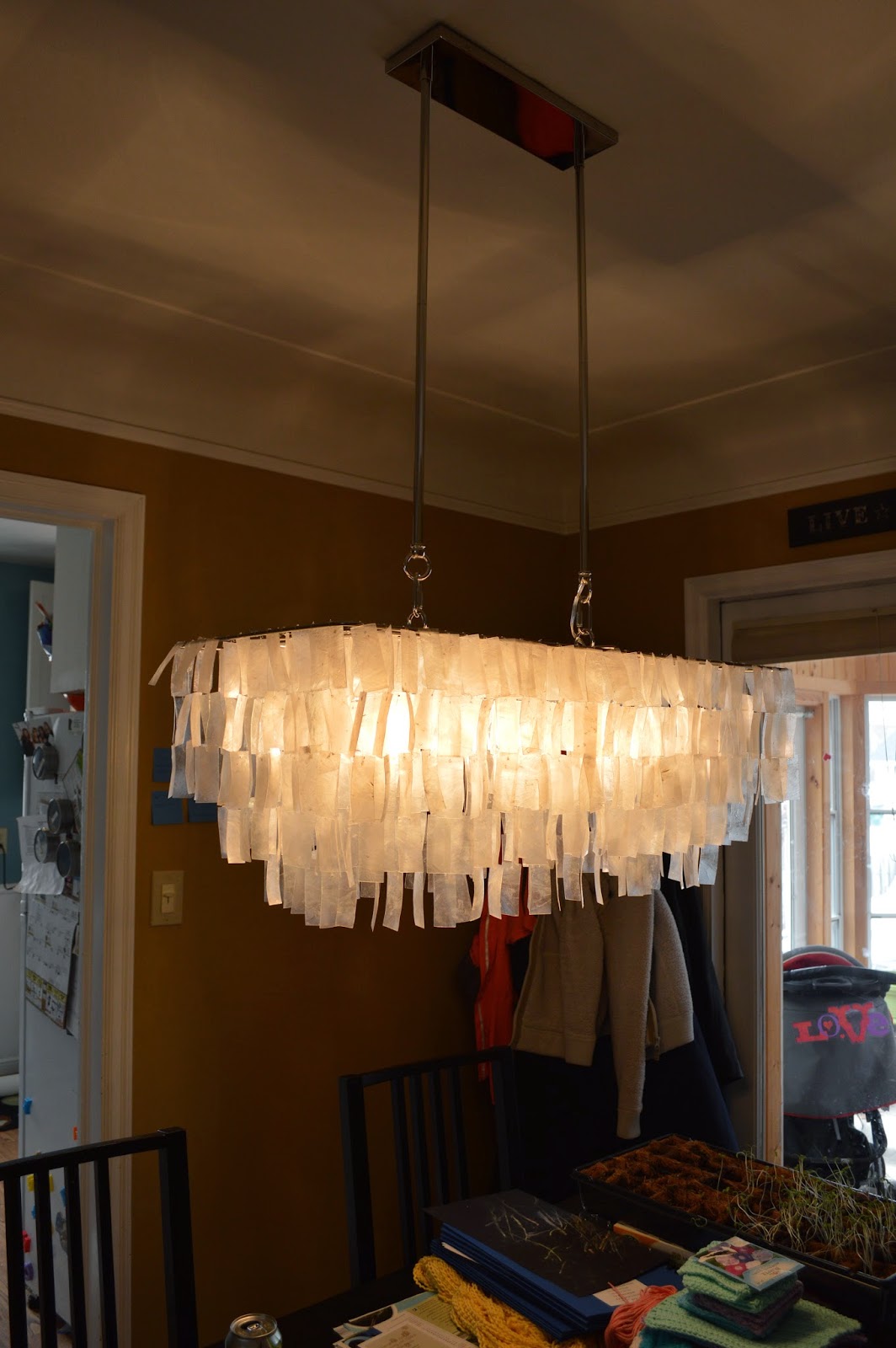 We also bought a coat rack for the corner. The Monkey's desk was moved into the office and I swapped the bookcase to other wall. It seems so much more open and larger now. It's amazing what a new chandelier can do! LOVE IT!!!