Have not read it yet, however, it's historical fiction and mystery all rolled into one. My favorite!!! I'll start reading it tomorrow and then do a review once I'm done.

How To Clean Dog Vomit

1. Pick it up with a bar towel or dish towel.

2. Throw it in laundry basin. Worry about that later.

3. Scream an expletive as dog vomits again. ON CARPET. LESS THAN TWO INCHES FROM A CEMENT FLOOR.

5. Remember that dog vomited outside which is why you brought it inside so it wouldn't eat puke.

6. Turn on faucet outside.

7. Hose puke into driveway and under fence.

13. Return to laundry tub, shake out vomit and throw into washing machine.

15. Get out bar towels/dish towels for next time. 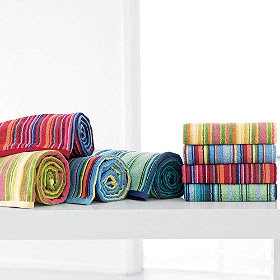 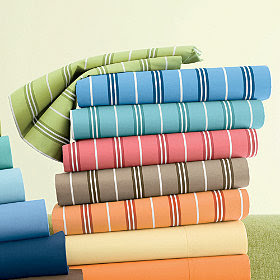 It's almost August. That means we're close to the end of summer. BOO. Stripes make me want to go out on the boat and bask in the Minnesota summer sun and smell like cheap hair conditioner because you just can't swim in a lake without cheap hair conditioner.
Posted by Patty at 7/29/2010 10:41:00 AM No comments:

Yep, I grew up in a home where my mother always had wall plaques. I sort of like them. At the moment I'm trying to find one of my french wall plaques that I somehow acquired from a great aunt. I think. Maybe.

Vintage Carpet Beaters, Set of 5 from Pottery Barn $79
And I sort of grew with stuff like this on the walls.

With a VERY HEALTHY DOSE OF ROOSTERS. Katie, how many roosters have you bought Mom????

In fact, one time on vacation in Mexico there was a rooster like this in a shop. It wasn't for sale. And yet somehow, it ended up on the plane with us, peeking its scary, ugly head out of the overhead compartment. Weird to have to tell your seatmate that its not really yours, since, you know, its in your possession and all.

Honey Mustard Chicken With A Smidge Of Lemon 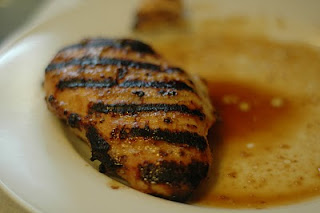 I love grill food. It's so easy. You just throw stuff on the grill, turn when it's not sticking and then wait for it to be done and then eat.

So this is really just a guestimate of this marinade. It's super easy (yep, really easy!).

1/3 cup of mustard, I used Grey Poupon Creamy Dijon
1/4 - or less cup of oil (veggie or olive oil, I've used both before, the veggie oil cooks well at higher temps though), we have a pourer thingy, so count to 3 regularly twice and I think that's about what I used
Juice of 1 lemon
Salt and pepper, a good smidge of each
2 good squeezes of honey, I think about 2 tablespoons
You can add garlic, I did not though

Mix everything with a whisk, start off with a minimal amount of oil and then add more if the marinade is kinda thick, however, you don't want it too thin because you don't want it all to run off on the grill. So it's consistency should be like a thick ranch dressing.

Marinate for at least one hour. 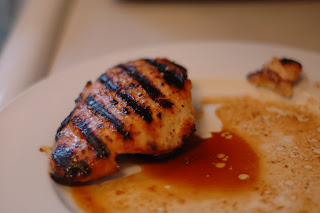 You first put it on one side, then when it doesn't stick, flip it over to the other side.

When it doesn't stick anymore, I usually grill for another minute and then it's done. I let it rest for 5 minutes. I was grilling other stuff too, so don't like, be afraid of those grill juices or anything.

Tumbler, set of 4 from the Green Glass Company $40

We've Got A Visitor! 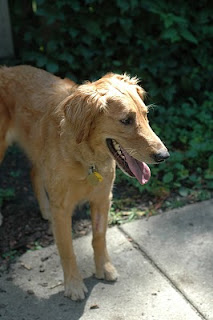 River is pretty cute, isn't he? It's the face of a goon! 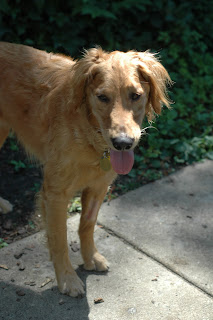 Yep, it's a Golden for sure!

We're just temp fostering until Tuesday. Pretty cute though, right? River is three and an absolute peach of a dog. Doesn't jump, loves to be with people. He's fantastic.

Flies Have Sex Too

So the past two weeks have been fly haven in our backyard. But if you can identify these bugs and tell me they're not flies, then you win. I might send you something special (how 'bout a pic of them doing it?). 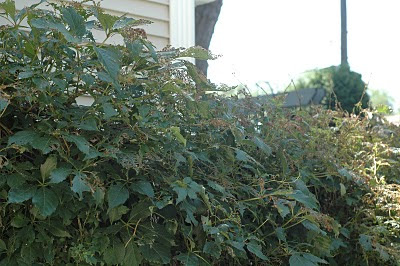 And then started going at it. I know there's a natural order to this, but seriously, it's my backyard. And they're ruining my pretty vines! 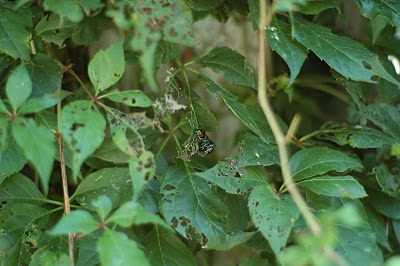 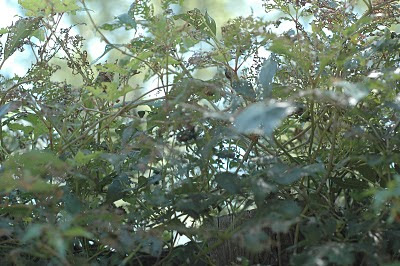 I'm looking for curtain panels for our living room right now. It's kind of a pain in the butt. Our living room is a buttery, summery yellow color (which means that I'm thankful it will seem bright and airy even in the dead of winter), however it makes picking out curtains hard.

I want a pattern.

Oh, did I forget to mention that they can't be too expensive like the ones above? 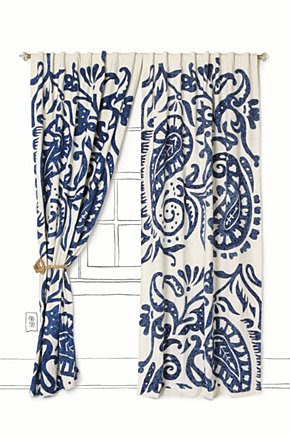 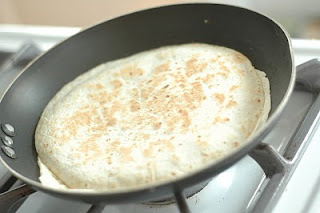 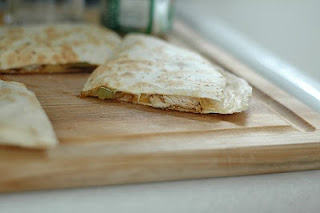 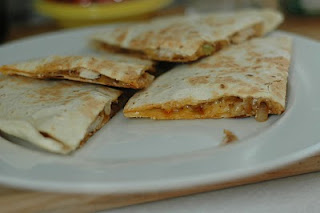 Add to the pepper, onion and chicken mixture: chili powder, cumin, salt and pepper, maybe some coriander if you have it.

Then build the quesadilla. 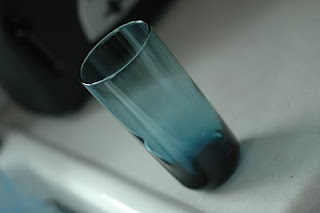 Don't you hate odd glasses? So these are the glasses from Pier 1 that we got as a wedding gift. They're so pretty, the color matches everything that I have in the kitchen (think teal, lime green and white...). 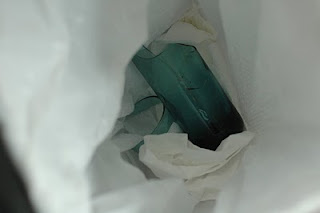 However, they also break easily. Or maybe Bimmer Man is just heavy handed. I don't know.

At this point I think we have 5 glasses left out of 10. And we've been married for three years. 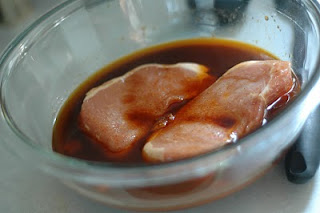 Oh, yum. I didn't get a pick of them cooked though. We ate them too quickly. This is one of my marinades that I made regularly. 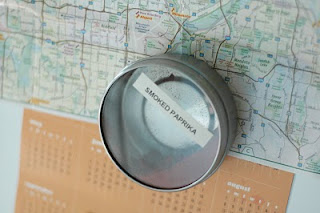 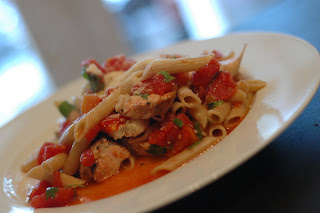 And so was the fresh basil from my garden!!!

So here's the ingredients:

Make the pasta. Reserve 1/4 cup of the water.

Saute the onion and garlic until clear. Add in the tomatoes. Cook until the tomato juice has reduced by about half (but I was in a hurry, so I didn't really wait that long...). Then add in the salt and pepper and the basil, along with the pasta water if it seems to need it. Mix with the chicken and hot pasta.

Serve topped with parmesan cheese and garlic bread for sopping up the sauce.

3. Come to the conclusion that yes, conditioner is a better shaving cream than actual shaving cream (in other words, shave my left leg).

7. Make some sort of grilled chicken quesadilla for lunch

9. Clean the dining room floor. Ugh. I think I will have to get down on my hands and knees too, otherwise the Swiffer WetJet leaves some sort of film. Gross.

10. Maybe stop and get some mixers for vodka (huh, fun weekend for McTatty/Bimmer? Yes, hopefully)

11. Go out to dinner with Leah and her hubby (so Bimmer and Leah's husband know each other from college, Bimmer and I met at a frat party. But that's a whole new post).

So I adore our conversation set from Sear's that we had so much trouble obtaining (that little, I mean, lengthy post will come in the next week or so). I love it so much that one night Bimmer Man dragged a chair outside to the garage for me so I could read while he worked on the car.

So I'm thinking that maybe we need 2 outdoor chairs on our deck (no coffee table, not enough room) with maybe a footrest and side tables? Hmm... Oh, the possibilities... (though due to budget cuts, this may not be an option for awhile. We will probably just go with the Indiana Hoosiers camp chair and broken Ikea table). 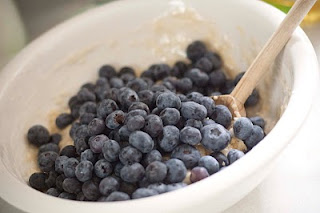 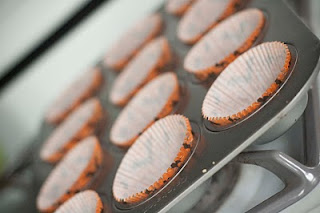 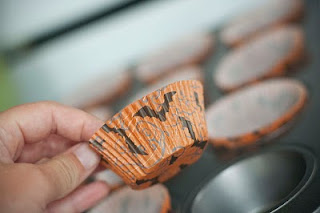 And in the middle of July, well, there's nothing better than a little Halloween, right? 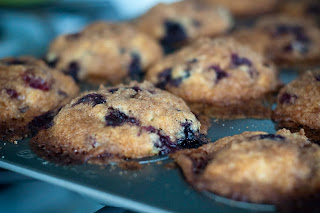 To Die For Blueberry Muffins (from allrecipes.com)